The philosophy of the operation of energy systems is constantly changing – a flexible company must recognise such changes.

ALTEO. Acting differently, while still considering energy paradigms that are the most efficient for stakeholders. After all, there is always more than one good solution. What is certain, however, is that the path we choose with our partners must be profitable in the long run.

Why can't there be a company that is able to join the established major players in the market through its vision, mobility and strength? This was the question we asked 10 years ago.

On 19 March, 2008, no one dared to give an answer. Still this was the vision that drove the founders of the company who used actions instead of words. They established ALTEO, an energy company that became a versatile and fast-acting, exchange-traded giant with a diversified portfolio. All within a decade.

By acquiring Sinergy Energiaszolgáltató, Beruházó és Tanácsadó Kft., then owned by the ELMŰ-ÉMÁSZ Group, ALTEO rose to be a key player in the Hungarian energy sector. Thus the vision turned into reality.

By integrating Sinergy, the ALTEO Group’s power plant portfolio has been expanded to include additional renewable and traditional high-efficiency energy production systems.

And what is in store for the future? This also depends on you. After all, it does not matter where the world is headed, we will be able to grow by creating value in collaboration with our partners, while still being a viable option for all our stakeholders.

One thing is certain. In autumn 2016, our company had a successful initial public offering, quadrupling the free float of our shares, while raising nearly HUF 1.4 billion for the implementation of our strategic plans.

We have been following this path with continuously renewed energy ever since. And this does not change.

Szimbiózis Foundation has won ALTEO’s charity competition to alleviate energy poverty, in the framework of which ALTEO provides HUF 2 million to support the winning NGO’s fight against energy poverty. 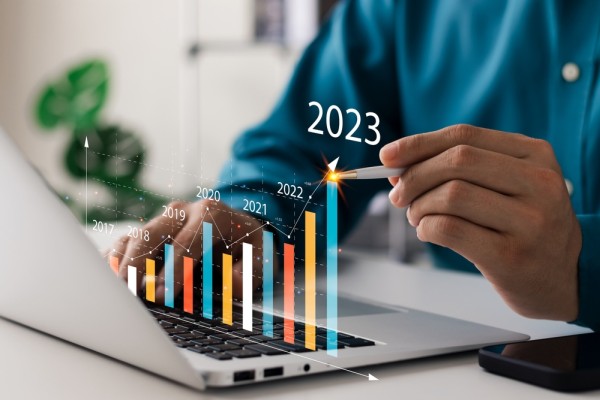 ALTEO’s consolidated earnings before interest, taxes, depreciation, and amortization (EBITDA) continue to show massive double-digit growth, driven mainly by the ALTEO Control Center, the record profits of the retail segment and the stable performance of the company’s renewable power plants. 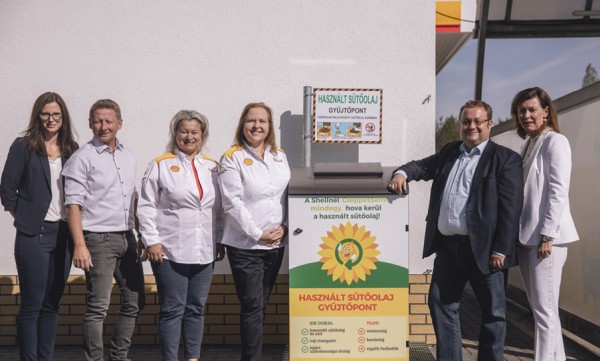 The used oil or grease is turned into 100 percent biodiesel for recycling.

ALTEO acquires a stake of more than 75% in FE Group, thus significantly integrating ALTEO’s waste management activities and further strengthening its role in the circular economy and sustainable management 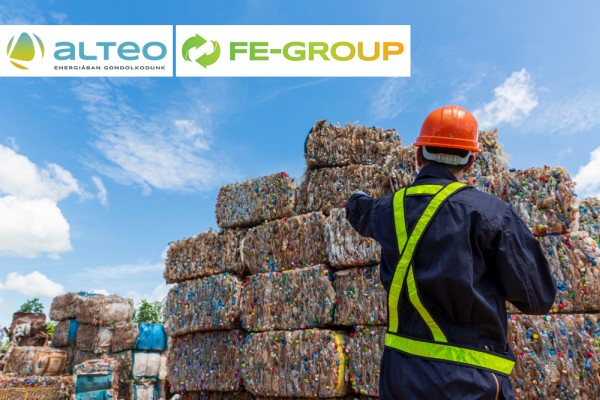 This year, ALTEO was successful in three categories based on its 2021 performance at the Best of BSE Awards, one of the most prestigious events of the Budapest Stock Exchange 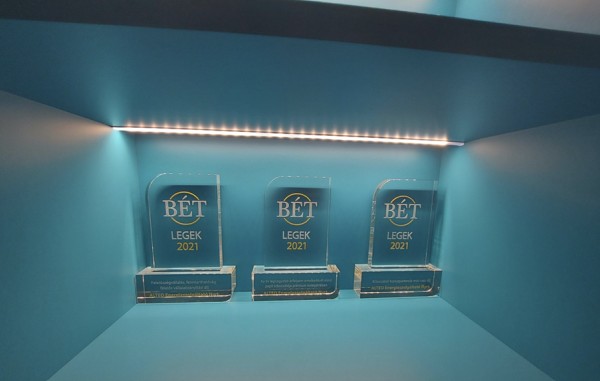 It was awarded the title of Issuer of the Year with the highest share price increase in the premium category, and also won the CSR, Sustainability, Corporate Governance Award and the Mid-Cap Issuer Transparency Award. 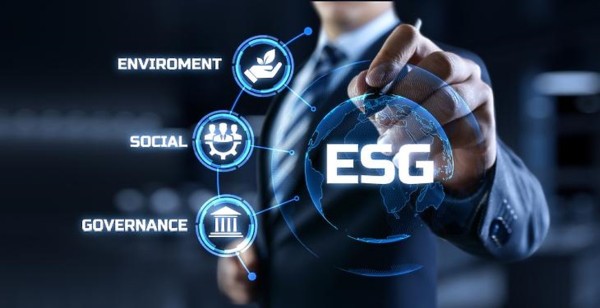 ALTEO is the first company in the Hungarian energy sector to obtain an independent, international ESG certificate after achieving a lower risk rating than the industry average, based on the Sustainalytics assessment.

ALTEO publishes a new five-year strategy, after having partially or fully met the targets set in 2019 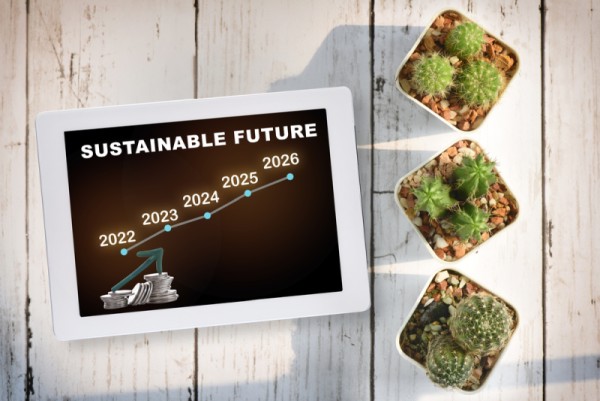 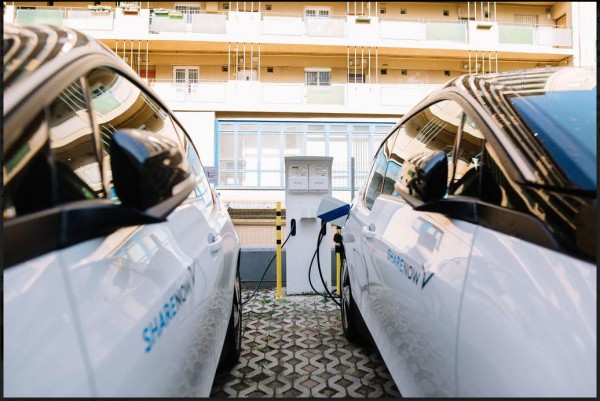 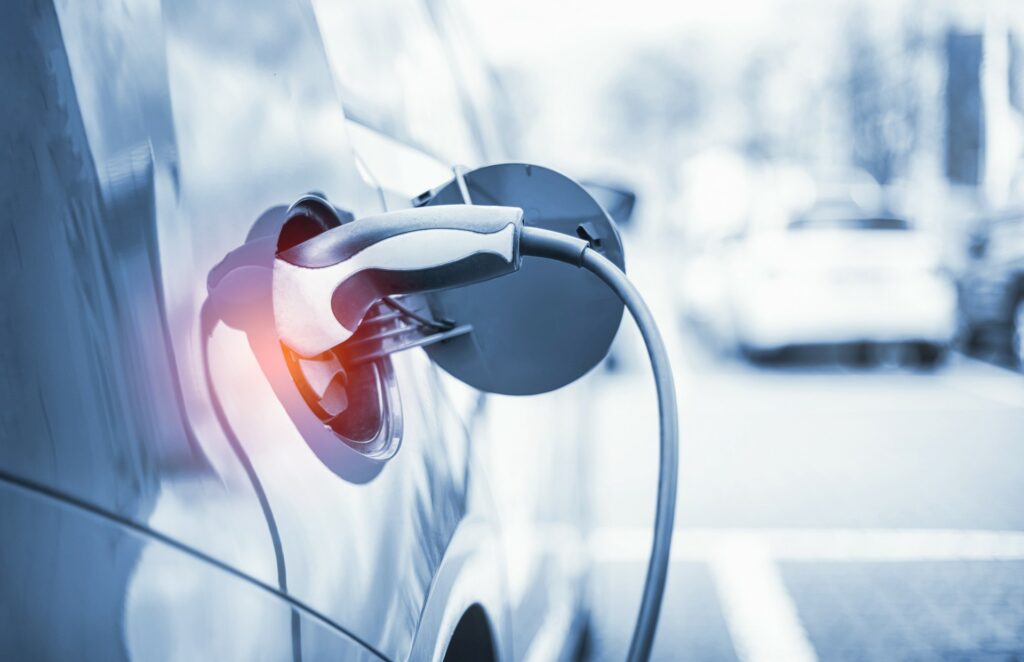 Sustainability and ESG became part of our strategy 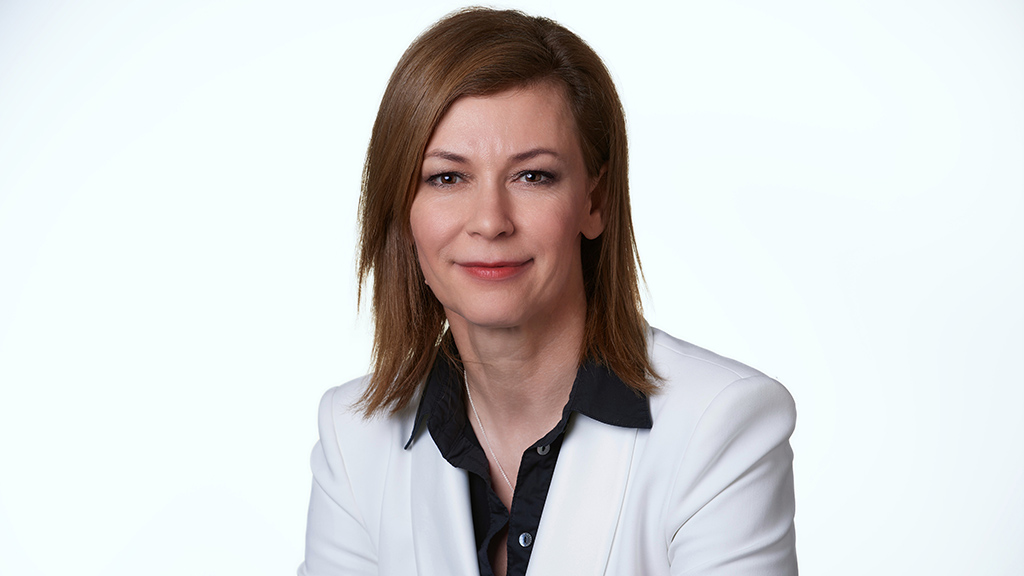 The third Integrated Report of ALTEO has been completed 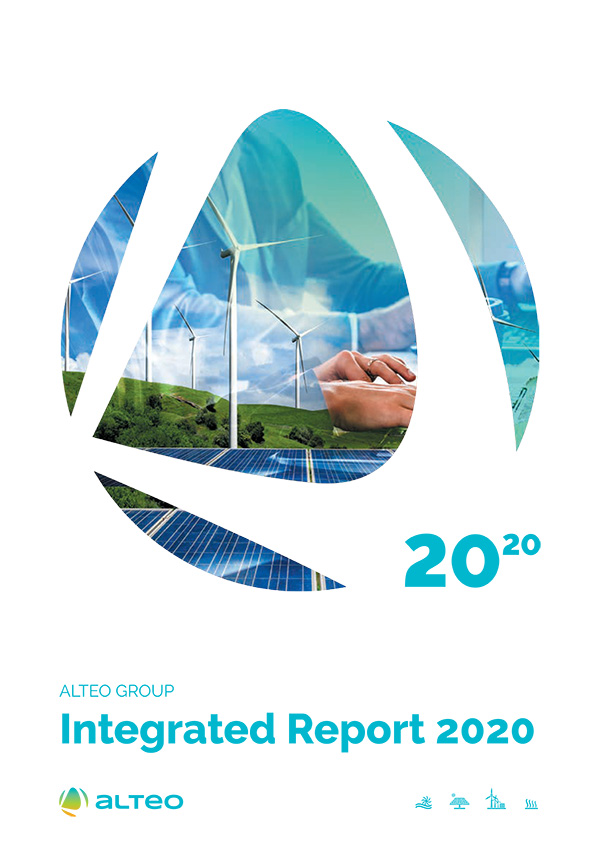 We have prepared our third Integrated Report, in which we have disclosed the financial results of the past year and the impact of our operations on the environment and society. Despite the difficulties caused by the pandemic, we should have no reason to complain: our company has delivered outstanding performance in all three areas.

One year without any accident!

Thank you all for the sacrificial work and effort that led to this very beautiful result! 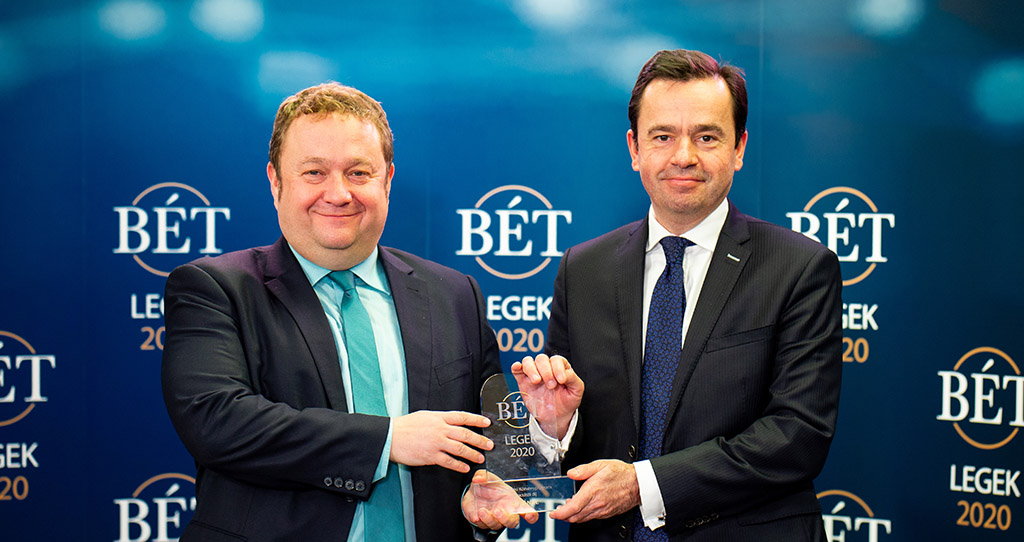 The Gibárti Hydroelectric Power Plant has been renewed 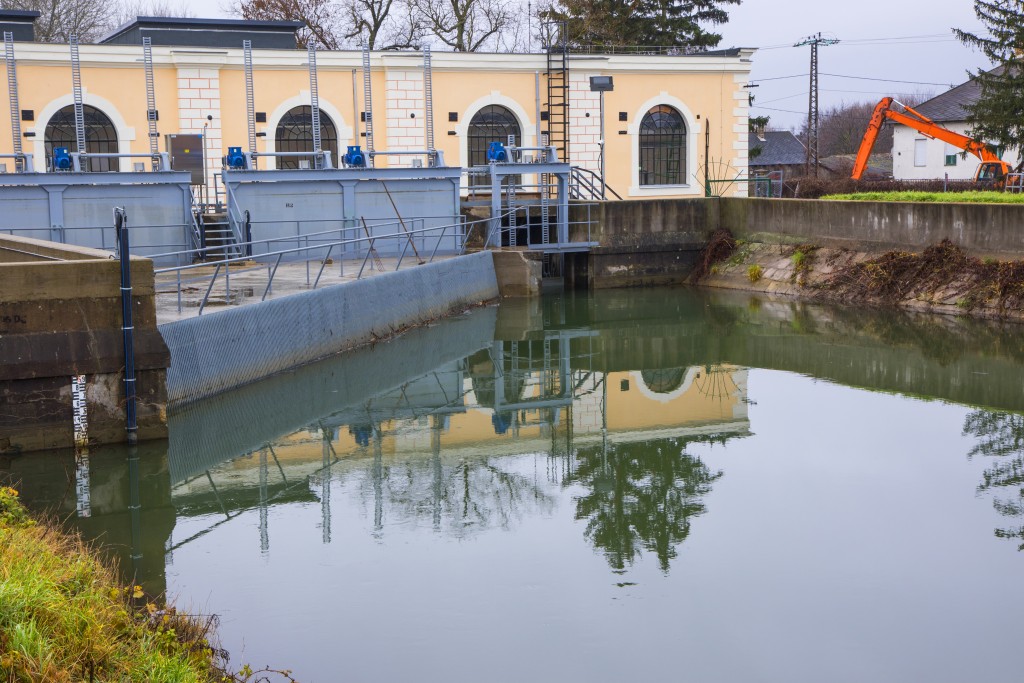 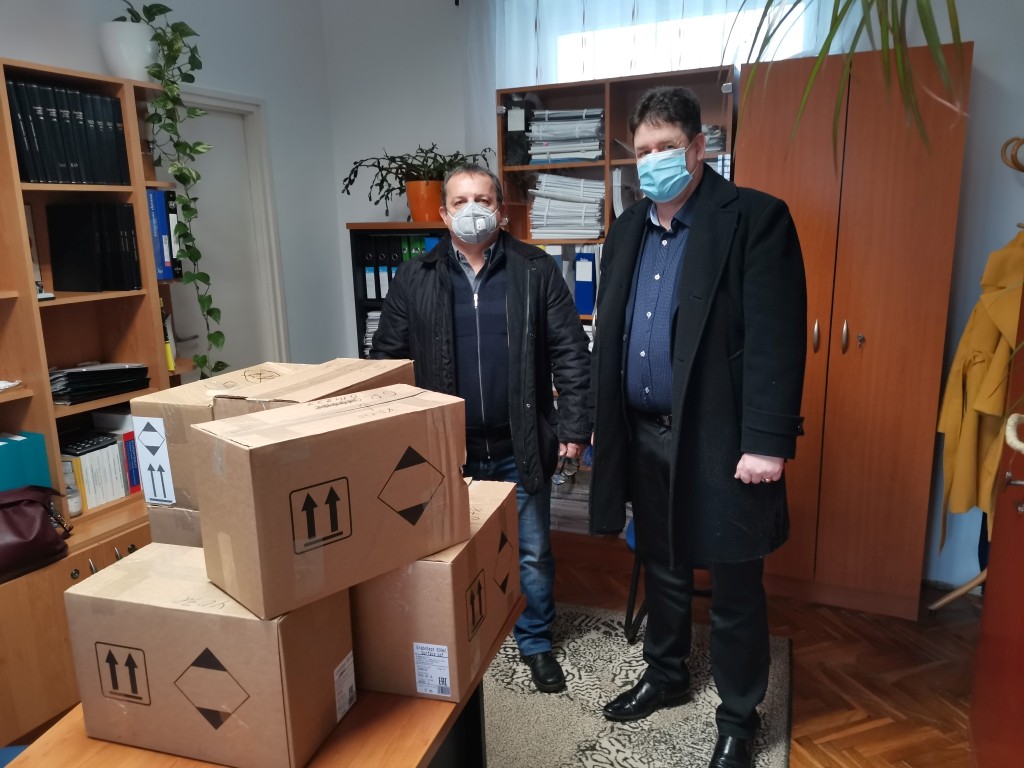 To prevent the spread of the pandemic, we donated large quantities of disinfection fluids and protective masks to 6 municipalities during the year. 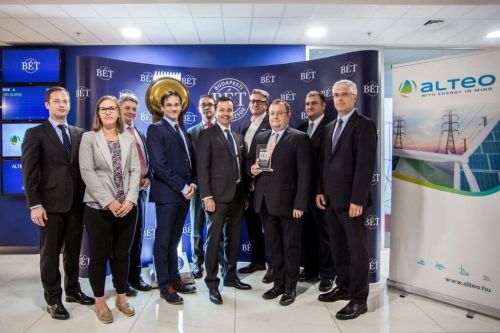 ALTEO’s ordinary shares – previously in the Standard category – are now trading in the highest, Prime Market category of the Budapest Stock Exchange. As the symbolic certification of the reclassification, trading on 12th September was opened by Attila Chikán jr., CEO of ALTEO. 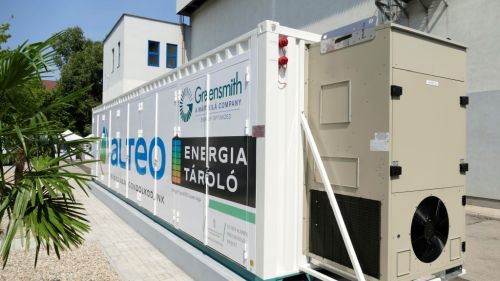 By completing their battery energy storage facility an important sustainability milestone is being reached by ALTEO GROUP. The facility is unique not only in Hungary but also in Central and Eastern Europe, and it was developed within HUF 1,1 million R&D project. ALTEO obtained HUF 500 million at a tender of the National Research and… 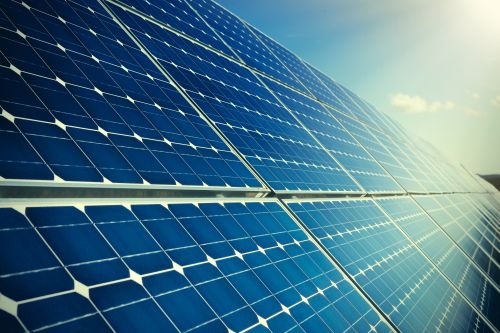 ALTEO Group integrated a new photovoltaic power plant into its portfolio on the periphery of Nagykőrös. The new unit is expected to begin its operation in the first half of 2019. By the transaction ALTEO’s solar capacity will reach 20 megawatt. 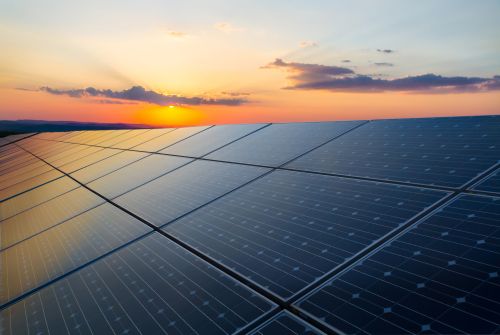 ALTEO successfully acquired a hundred percent stake in Péberény Real Estate Ltd. The energy company which is listed in BSE supplemented its portfolio with a new unit of 6,9 megawatt capacity in the periphery of Balatonberény.

The natural gas service provider of National Utilities Ltd and ALTEO Group have signed the sales contract for the majority shares of Zugló-Therm power plant. Following the fulfillment of the terms recorded in the contract, Sinergy – member of ALTEO Group – will be the owner of Zugló-Therm.

HEINEKEN Hungária Sörgyárak Zrt extended its contract for another 8 years with ALTEO Group owned Sopron Power Plant. In line with the contract ALTEO continue to provide all necessary steam and thermal water to the Heineken’s brewery in Sopron. 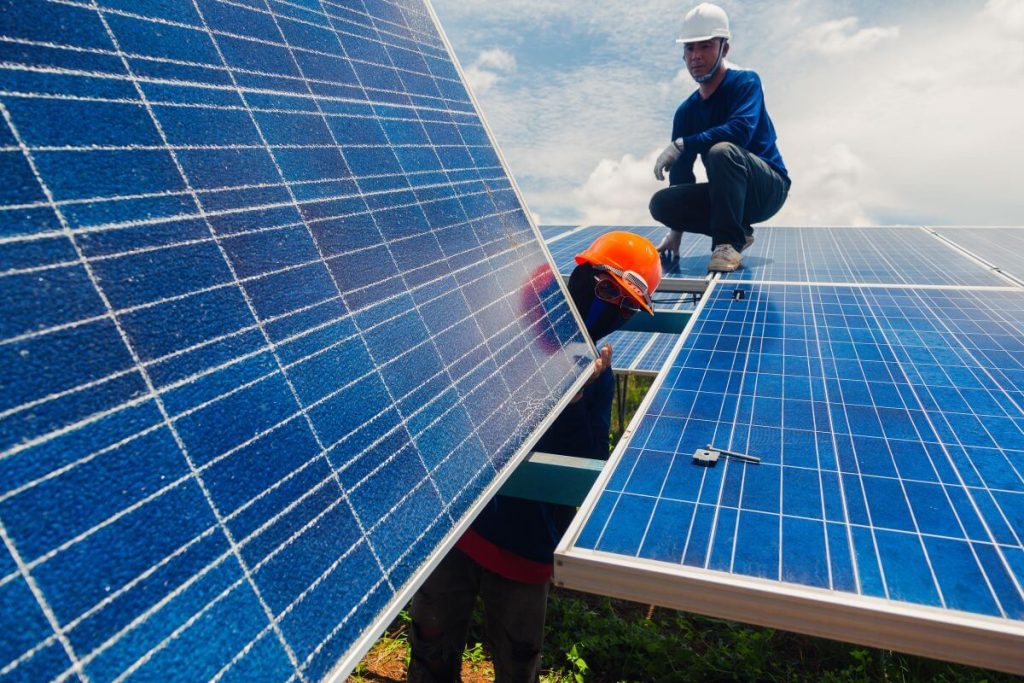 ALTEO Group finalised negotiation procedures, and became the owner of a solar power plant with the capacity of 2 MW at Domaszék, Hungary. This means that the first operating photovoltaic unit has been put into ALTEO’s power plant portfolio. 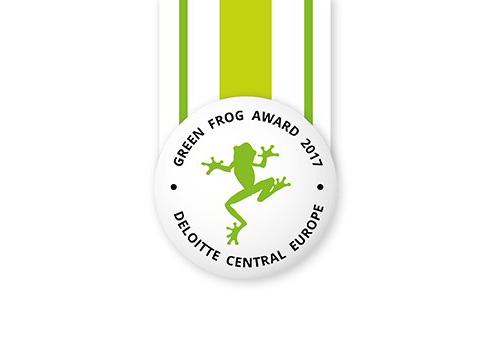 The Sustainability Report of ALTEO draws a broad and substantial picture on the operation of the company, its values and aspirations. The report outlines a roadmap enhancing the vision for a stable and long-term corporate operation. 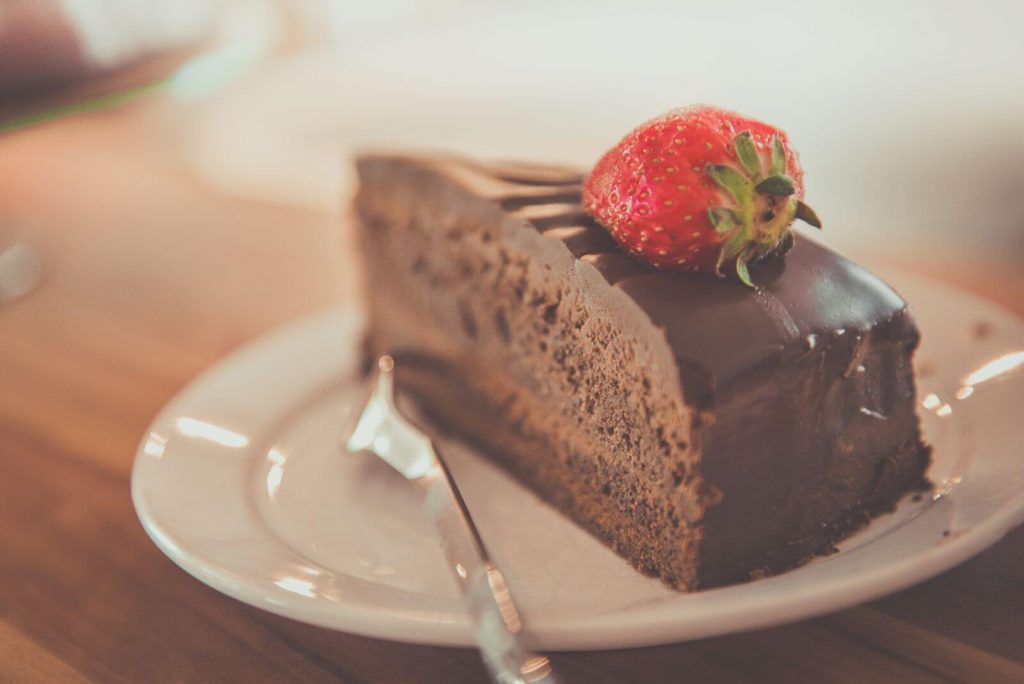 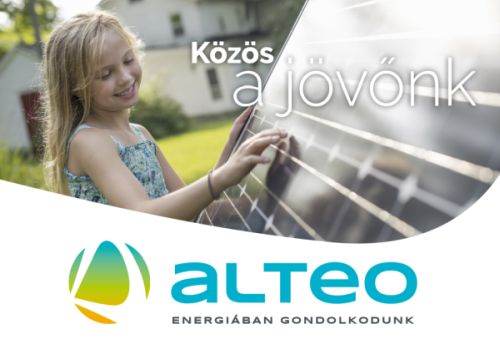 An innovative and new world of ALTEO has been born: the company’s new slogan – “With energy in mind!” has also been launched as a result of an extensive branding procedure. We also implemented a modern, new visual identity for the company. 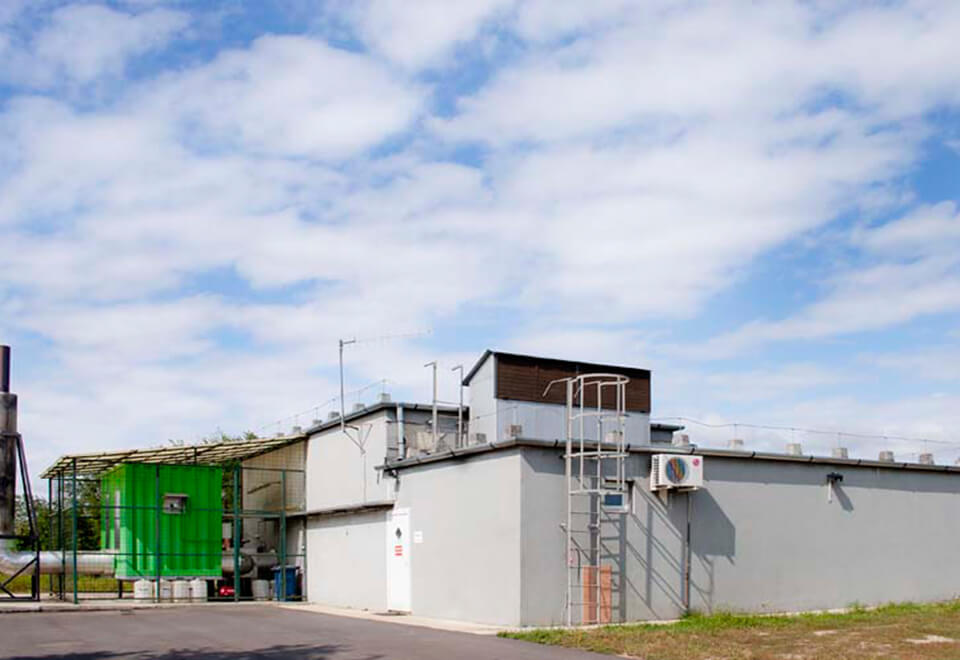 ALTEO’s new landfill gas fired power plant, the result of a HUF 300 million investment with a capacity of 499 kilowatts, has begun to operate. The new Debrecen facility is the third such unit in the company’s energy generation portfolio, which prevent 15,000 tons of carbon dioxide-equivalent greenhouse gas escaping to the atmosphere each year. 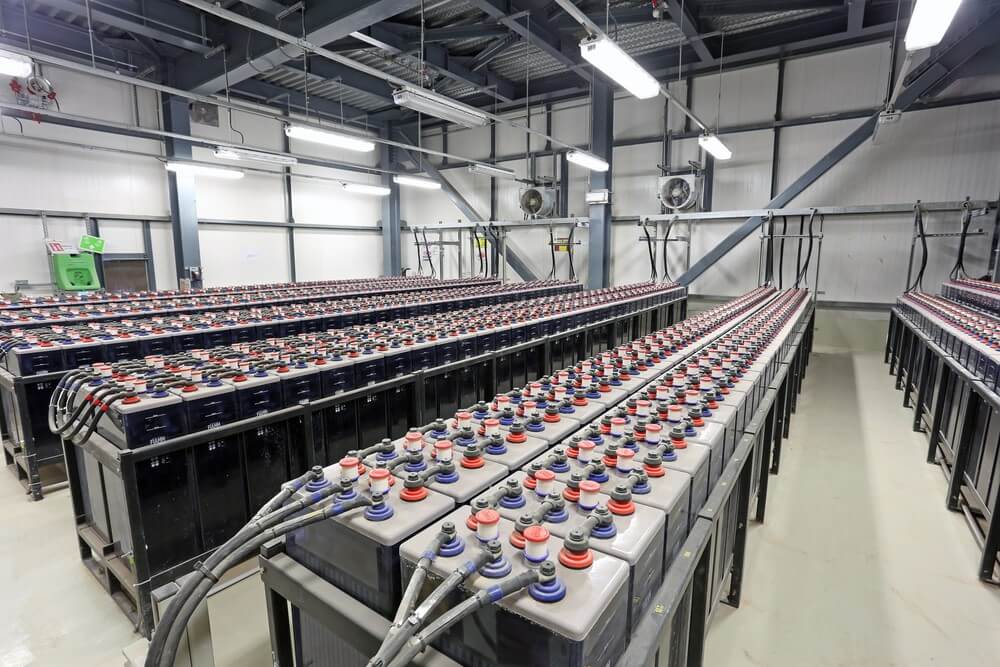 Almost HUF 500 million was granted to ALTEO by the National Research, Development and Innovation Office for supporting the development of an innovative application model for battery energy storage technology. Thanks to the support the company could begin an R&D project worth about HUF 1.1 billion in total, in which it will examine the possible… 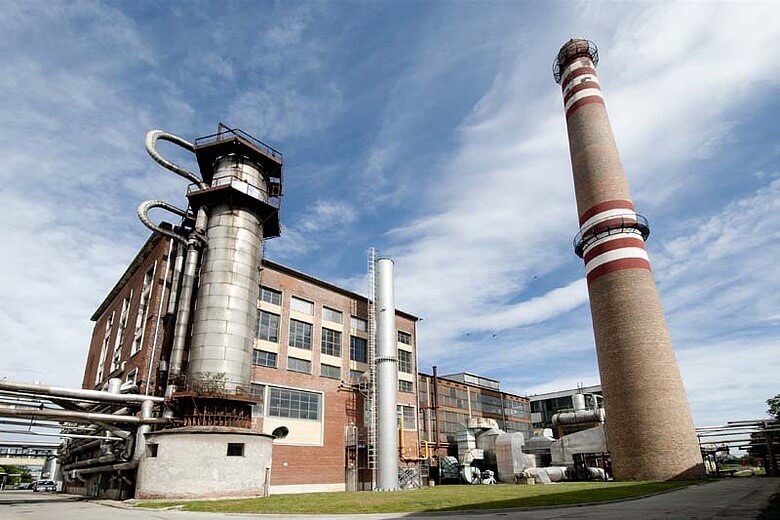 ALTEO Group launched an HUF 200 million development at the Sopron Power Plant, resulting in a new 10 megawatt steam being installed in the plant area, increasing the power plant’s capacity. 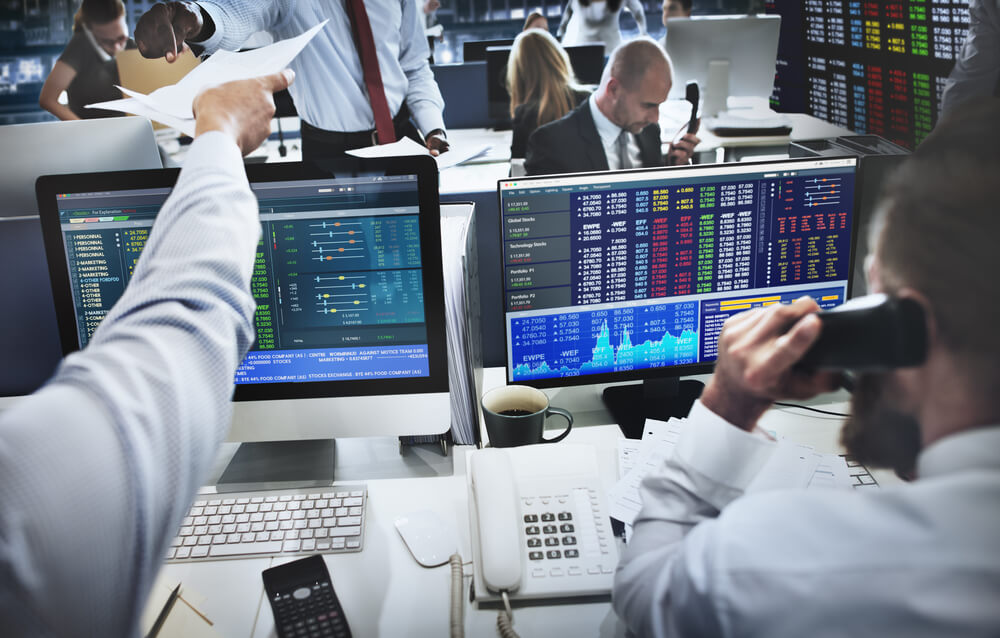 Institutional investors fully underwrote all the 215,000 bonds offered for sale worth HUF 2150 million.

“This is a huge step in ALTEO’s history”, Attila Chikán Jr., CEO of ALTEO Energiaszolgáltató Nyrt., said after completion of the acquisition. “In terms of opportunities, the acquisition of the Sinergy Group is a milestone comparable only to the company’s foundation in 2008 or its listing on the stock exchange in 2010. The acquired know-how,… 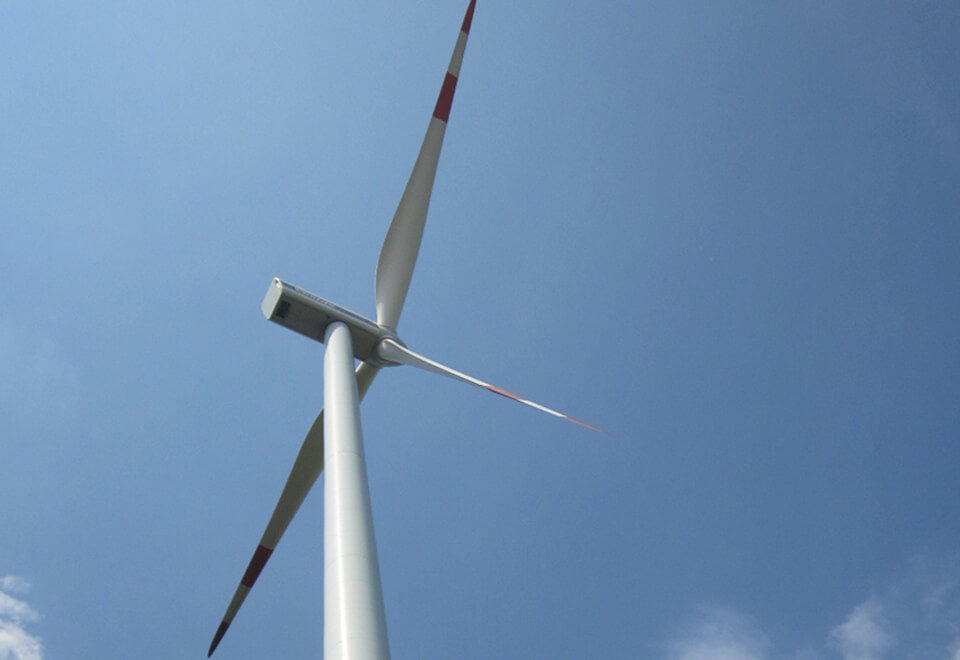 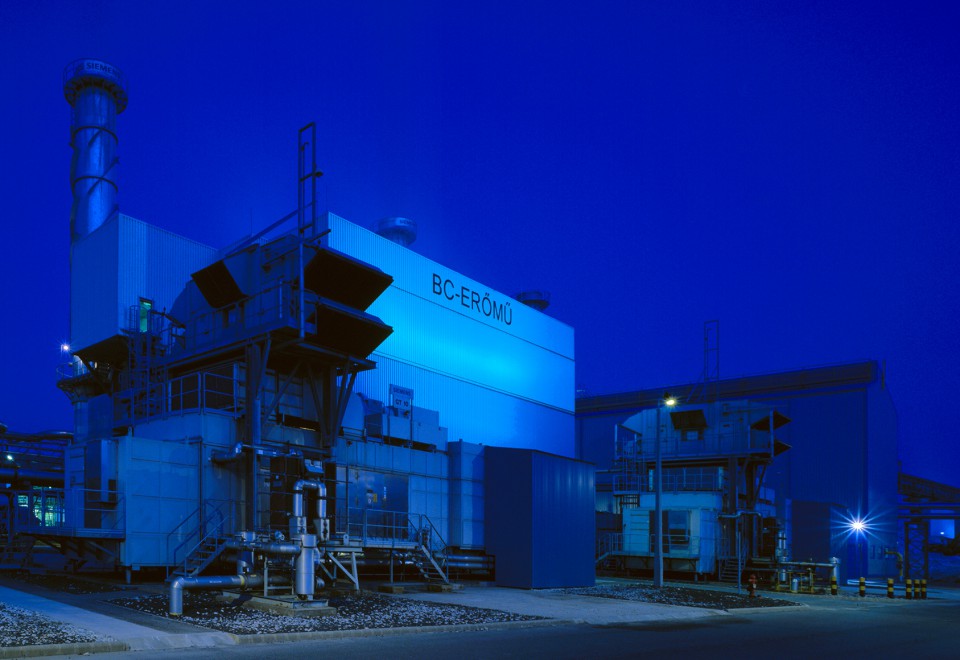 Incorporation as a Public Limited CompanySeptember 2010

Acquisition of Landfill Gas Power Plants in Nyíregyháza and DebrecenSpring 2010 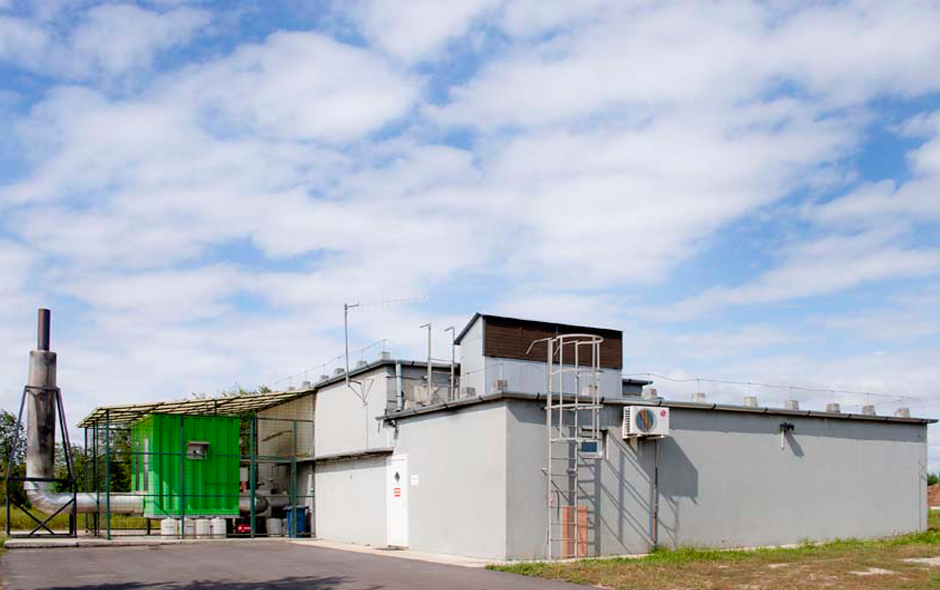 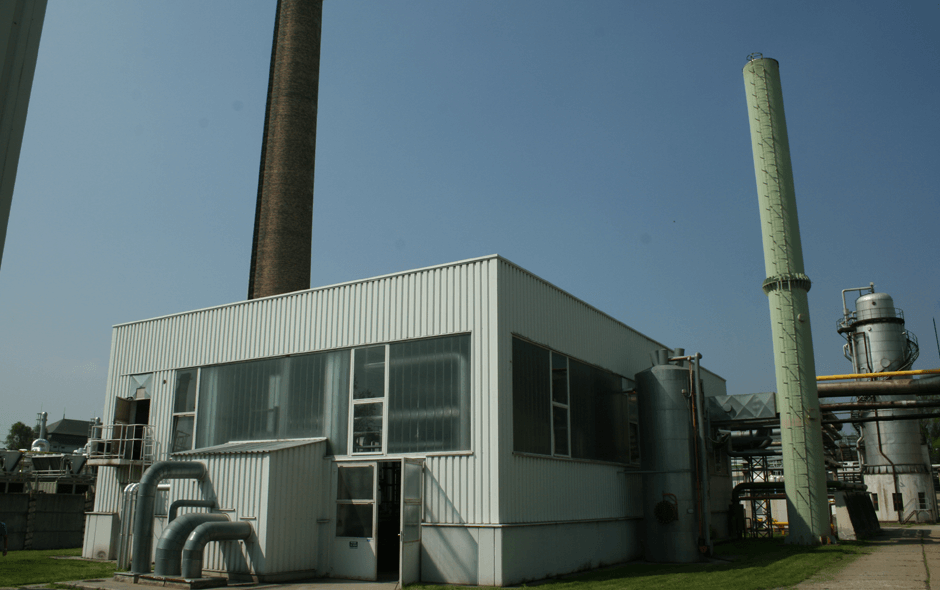 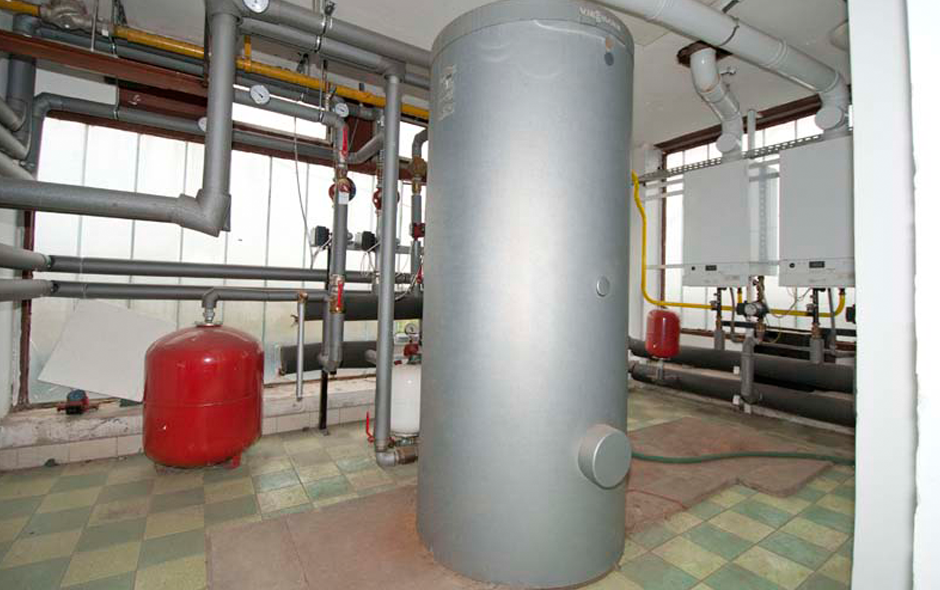 Establishment of the Company

The company was founded on 19 March 2008, with the founding shareholders identifying electricity production as its core business.